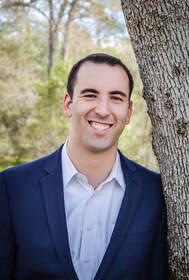 Steve Westhoff - UC Davis '13
Steve Westhoff is an attorney at the California State Water Resources Control Board’s Office of Chief Counsel, where he advises primarily on water rights matters and previously worked on the Board's financial assistance and underground storage tanks programs.  He graduated from UC Davis School of Law in 2013 with Environmental Law, Pro Bono, and Public Interest Law certificates.  During law school, he interned at numerous state agencies, served as a research assistant to Professor Richard Frank, was an active member of the Environmental Law Society, and was an editor of Environs.  He was also a student co-chair of the Water Law Symposium in 2013. 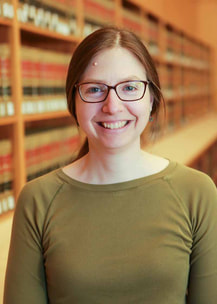 Nell Green Nylen - UC Berkeley '12
Nell Green Nylen is a Senior Research Fellow with the Wheeler Water Institute in the Center for Law, Energy & the Environment (CLEE) at Berkeley Law.  Her research engages law, science, and policy to tackle critical California water issues.  Nell clerked for Justice Gregory J. Hobbs of the Colorado Supreme Court.  She earned a J.D. from Berkeley Law, where she was a symposium co-chair for the 2012 California Water Law Symposium and interned at the California Attorney General’s Office and the Center for Biological Diversity.  Before law school, Nell worked at the California Academy of Sciences, the Yale Peabody Museum of Natural History, Stanford University, and the U.S. Geological Survey.  She earned a Ph.D. in Geological and Environmental Sciences from Stanford, where her dissertation research examined past climatic and environmental change along the Northern California coast.  ​
​ 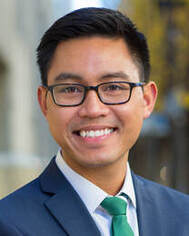 Vincent Vu - UC Hastings '15
Vincent Vu is an attorney with the Office of Chief Counsel for the California State Water Resources Control Board. He provides advice and counsel to regional water quality control boards. Previously, Vincent was an attorney at a municipal law firm and a criminal prosecutor with the Los Angeles City Attorney’s Office. Vincent attended the University of California, Hastings College of the Law, where he served as the Editor-in-Chief of the Hastings West-Northwest Journal of Environmental Law and Policy (currently, the Hastings Environmental Law Journal). During law school, Vincent externed as a law clerk for the Honorable Yvonne Gonzalez Rogers, United States District Court for the Northern District of California; Shute, Mihaly & Weinberger LLP; the Natural Resources Defense Council; the California Attorney General’s Office Natural Resources Section; and the California Coastal Commission. He received his B.A. in Psychology and Social Behavior, with a minor in Political Science, from the University of California, Irvine. He served as Co-Chair for the 2014 California Water Law Symposium. ​
​

Thank You to Our Participating Schools